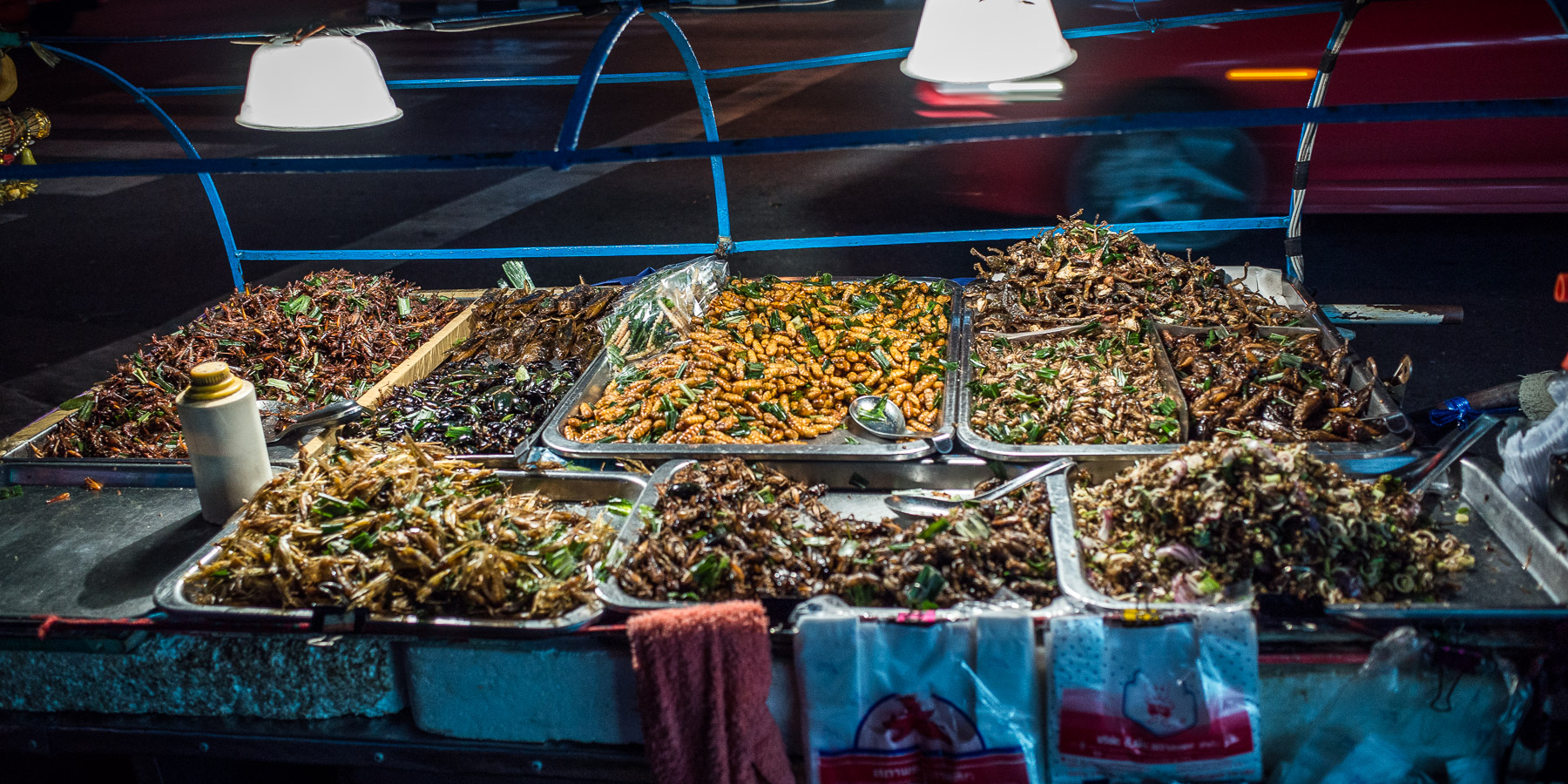 A Tasting Adventure of Fried Worms and Frogs

Finally I did it! From a large variety of insects, worms, frogs, bugs and other alien looking creatures I tried three varieties here in Bangkok, under my own will and being in the right state of mind: fried frogs, bamboo worms and wood worms!

This culinary adventure happened sometime ago. Read the tasting review, and, if have a chance, try a little bug next time! First, the look: carbonized whole bodies of frogs in different positions, as they were fried alive, perhaps a last gasp for life from these tiny creatures.

The taste: bad. Hard to chew and adding the “reptilian” smell to the mix, it wasn’t an enjoyable snack…

The Best: ‘Non Pai’ or the Bamboo Worms Truly delicious, the small fried worms are melting in your mouse. The taste is like nothing I ever tasted before.

I finished the bag in no time!

In Between: ‘Non Mai’ or Wood Worms Bigger than the bamboo worms, the wood worms taste is not great. It tastes and smells “wormy”…

Locals eat worms and insects as snacks, usually with beer.

The worms, bugs, frogs and insects can be bought fresh (raw) from markets or fried from street vendors.

Would you dare to try?