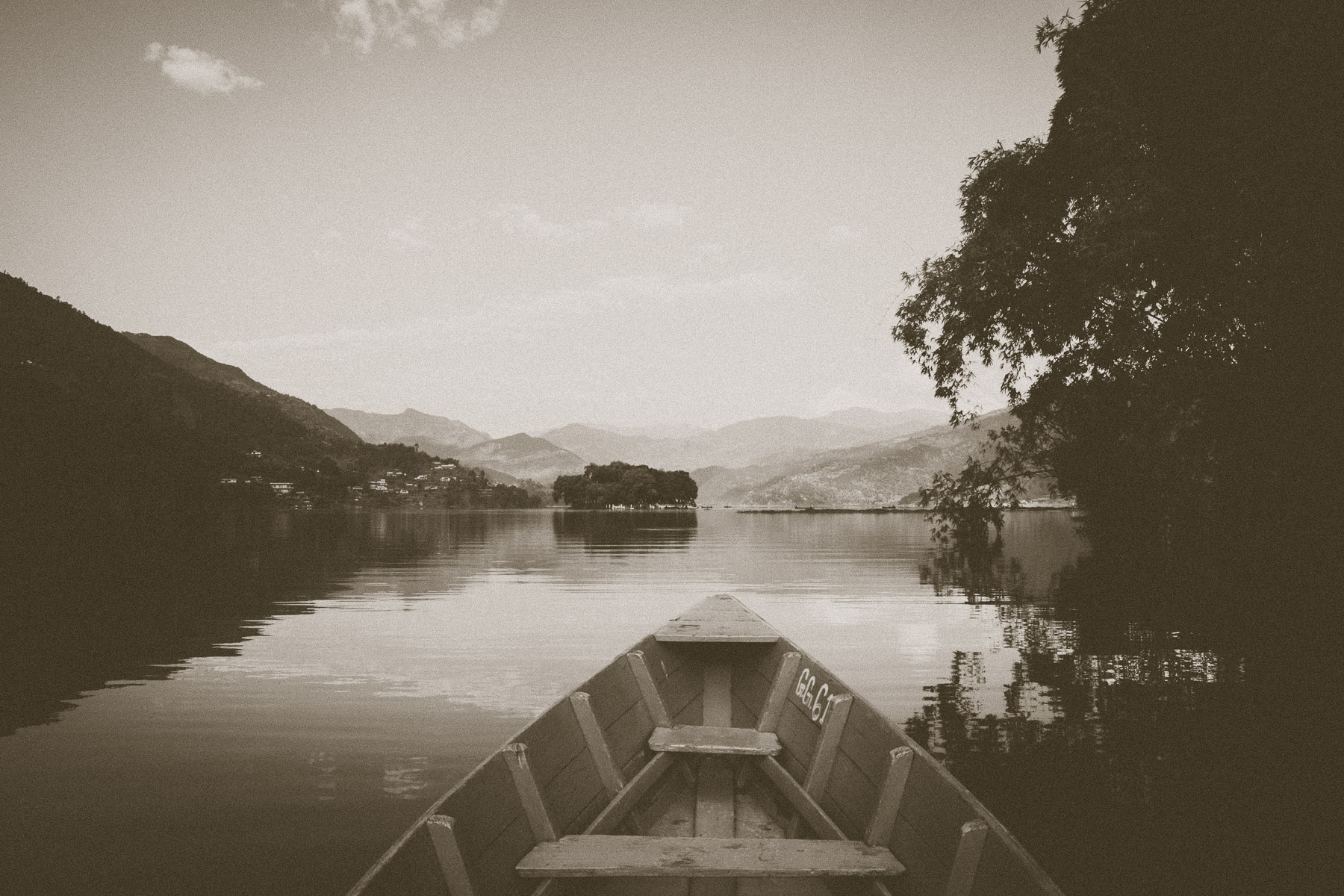 Pokhara is a beautiful, quiet lakeside town in Nepal, where – if you are adventurous – you can try to live the hippie life as in the past, even if for few ephemeral moments.

“Pokhara is so beautiful that you will experience a myriad of unforgettable moments. You will never be able to get enough of Pokhara.” –  Avijeet Das

The town is the starting point for trekking in the Annapurna Mountains. From Kathmandu I flown to Pokhara in a small Yeti Airlines plane. The view of Pokhara, Phewa Lake and Annapurna range from the plane is striking. Walking alongside the Phewa Lake in Pokhara, the streets are full of shops and restaurants for tourists, hostels and Internet cafés. Venturing further on the country roads is all quiet, just nature and the occasional farmers passing by. Cutting my hair in a hairdresser shop. The barber used only scissors, and, through hundreds of very fast “chop-chop” movements, I was done! School girls in a bus trip Renting a paddle boat in the morning on the Phewa Lake is a must. Enjoy the scenery and tranquility of the place. In the middle of the lake is a small temple, Tal Barahi, a 2-story pagoda. You will meet fishermen in colourful boats and pilgrims going to the temple. The lake is surrounded by forests and majestic mountains. Visitors returning from the temple island Paddling towards the temple island If you travel alone, you can be approached by shady characters. It is not a bad thing, if you want to know more about life in Nepal or try a thing or two. There are even marijuana bars in Pokhara! I like the homemade drink Roxi, and the street guy knew where to find it. After few drinks, we became friends! “Looking back, there is nothing wrong with that peace, love and equality that the hippies espoused. In many ways, we have regressed because they were into organic food, back to nature, make love not war, be good to all men, share and share alike – which is what many are talking about now.” – Imelda Staunton

The Alien with Red Eyes

In one morning, strolling around the lake on a country road, I encountered my first alien, or this is what I thought: a man with really, really red eyes! He stopped, I stopped. He didn’t talk, but he smiled and pointed to a nearby house. I followed him.

In the house there were six men and one woman. “These are my brothers”, he said. A lot of brothers, I thought. The lady was cooking and she served me with grilled meat. It was good. Then I was invited to the flat roof of the house. Here I met the “dealer”.

The “dealer” introduced the purest marijuana herbs, right from the Himalayas. I tried a joint being curios and not to disappoint the guest. And I was happy! But not that happy to make me buy a whole bag of “herbs”, despite the dealer’s insistence.

Now I know where the red eyes alien came from! House in the mountains, Annapurna

“If you are not willing to risk the unusual, you will have to settle for the ordinary.” –  Jim Rohn

← Six Days Annapurna Trekking Tour
An Oasis of Tranquility in the Midst of the Big City Toronto: High Park (Part 1) →