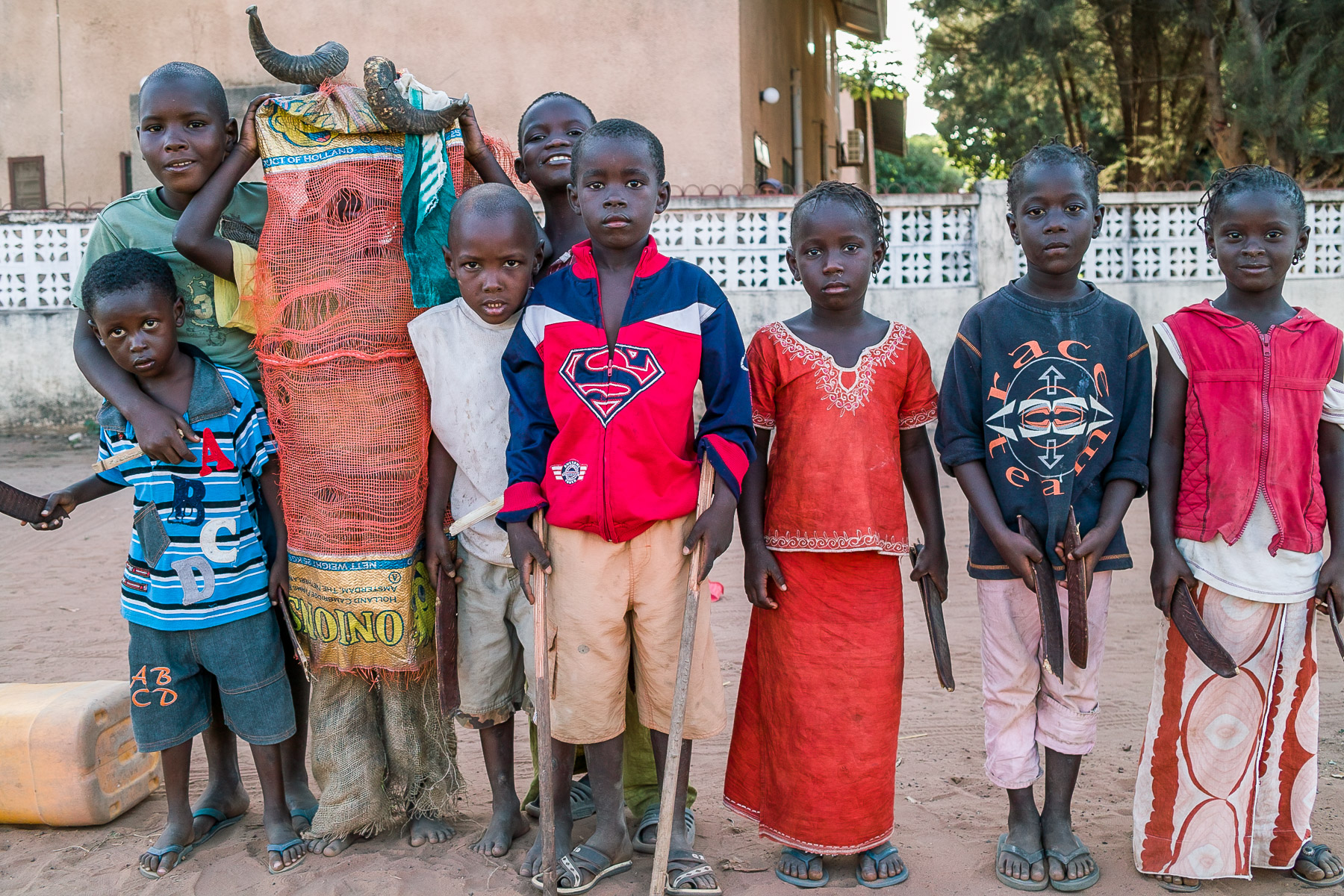 Revamping some old stories from West Africa, with a hint of nostalgia and wanderlust. The African adventure happened in 2010/2011, after my Asia and Indochina tour.

After a short break in Bangkok coming from Cambodia, I started my long trip to West Africa: 40 hours!

Bangkok to Cairo: 10 hours, Cairo to Lagos (Nigeria): 5 hours. In Lagos I was supposed to wait for 8 hours for my next connection to Accra (Ghana). In reality I was waiting for 11 hours for the Nigerian Airlines airplane to come. At least, after I surrounded my passport, I was allowed to use the business lounge – food and drinks for free. Once the lounge was empty and music from Asha was playing, the waitresses started to dance!

Delay after delay, but the Nigerians were very calm: “take a seat, the airplane will come…”

In Banjul, the Gambia, I arrived next day, on December 24 early in the morning, with little knowledge about Africa…

My good luck there was Joyce, a volunteer nurse from Taiwan.

Everything that worked in other parts of the globe, doesn’t work anymore here. “This is Africa Ovi!” – Joyce kept repeating, after trying in vain to withdraw money from the bank using my credit card….

The first evening in Banjul was the Christmas party, in a nice expatriate villa near the ocean.

Not too much to do and see in Banjul. There are nice restaurants and hotels on the Atlantic Ocean. The Zoo has only monkeys, deer and hyenas…

In the Christmas Day I went to the Serekunda Market alone. First thing I noticed, the people become angry when they see a photo camera. Nobody wants to be photographed and everybody ask for money if you try to. “Don’t talk to anybody”, I was told. But I talked…

And now the tricks:

Groups of children were celebrating Christmas on the street. One of the children was dressed like a goat, wearing horns, somehow resembling the Christmas traditions in Romania. Gambia is a predominant Muslim country.

Coming back home, I was unable to find the volunteer house (the place where I stayed for my first days in Banjul)! I didn’t know they don’t have street names (except for the main roads) or house numbers. Joyce borrowed me a cellphone. And the help was on his way!

On the streets many people sell everything: SIM phone cards, DVDs, driving wheel covers, games, etc. The women carry their products on the top of their heads, with a certain level of elegance.  To maintain balance, the body needs to stay straight. One woman was carrying in this way an antique iron (the heavy one, made from metal).

From place to place there are walls with the inscription “Urinate Here”.

The hospital where Joyce works is crowded and poor, but colourful. The patients have their own bad and they receive basic medical assistance.

Taking photos of the hospital entrance in one night, prompted a call from the nearby military base. It was good to be on the other side of the fence, when I was scolded by two really big soldiers…

Mosques are everywhere in the city and the call for prey is heard all day and night.

In Banjul are many military checkpoints. Sometimes you are asked to present your passport and the military can demand money without any reason. To avoid problems, I always gave them and to the border officers the name of an expensive hotel (Atlantic), never the real place I was staying.

Many times on the street the military jeeps speed up with soldiers standing with automatic rifles ready to shoot. When a government official travels, all the cars should move out-of-the-way and stop, and everybody should stay still.

When I left Africa, one of the Banjul’s airport cockroaches made his way to Brussels, courtesy of the Brussels Airlines…

Banjul may not be on your “must seen” destinations, but it is worth a visit.

“It’s hard to imagine a more unlikely or consistently ignored capital city than the tiny seaport of Banjul. It sits on an island and sulks, crossed by sand-blown streets and dotted with fading colonial structures. And yet, it tempts with a sense of history that the plush seaside resorts lack, and is home to a busy harbour and market that show urban Africa at its best.” – Lonely Planet A smile from Gambia